Heartbreak for the U13 girls football squad

The U13 girls have suffered an unfortunate 3-2 loss against Didcot girls school from Oxford in the round 16 of the national cup. A heartbreaking and disappointing result for all involved but against a school of 1600 girls this is certainly respectable and I for one couldn’t be prouder of the efforts these girls have put in for myself and THS all year long.

We made the perfect start as great hold up play from Freya led to Chloe striking the ball into the bottom corner and giving us a 1-0 lead.

It didn’t take long to work out where the oppositions threat was going to come from as their left winger picked the ball and started weaving past our defenders with incredible skill and pace. We made the change to put Molly at right back and Izzy next to her at centre back to combat her threat but this only worked so much, as two first half goals from herself put them 2-0 ahead before we levelled up through Freya to send us in at 2-2 at half time.

The message at half time was to get our midfielders closer to our attackers, get the ball on the floor and push our opponents back which worked well but led to another number 11 goal on the counter attack just after half time.

We changed to a 4-4-2 and took Molly into her more natural right midfield position and pushed Jess up top with Freya as we chased an all important equaliser.

Then came a period of 25 minute of dominant pressure from ourselves but some great goalkeeping and a change to a more defensive block stopped us from finding the vital equaliser on so many occasions it was almost hard to believe by the end.

I honestly can’t call between Izzy K and Jess W for player of the match today, both were absolutely outstanding. A special mention to Daisy B who made her competitive debut for us today and was an absolute rock in defence when she came on at half time.

It has been a pleasure all year long to work with these girls and there is a number of them who genuinely can make a future in the game if they can show the right application and work rate.

We will be back, not with these girls as one team until the next Sisters N Sport national cup this time next year as the traditional national cup is U13 and U15s so we will have to mix things up in September, but the future is certainly bright and we as a school and a community should be proud.

Next up is the opportunity to defend our status as the best tournament side across the South West and Wales in the Catherine Slater memorial cup in Exeter where we will be sending two teams.

Well done to all these girls who have all played a part in our U13 girls football achievements this year: 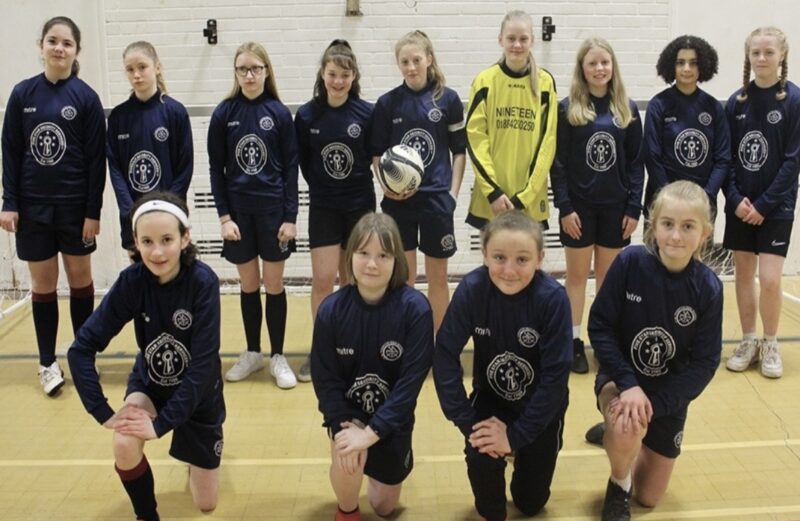