The Maul Times – our rugby update

This is our year 11 rugby team pictured below, following an outstanding round robin tournament at Clyst Vale. Henry S and his team played some inspirational rugby, with smiles on their faces. An absolutely fantastic evening had by all.

We look forward to our next fixture against Honiton. 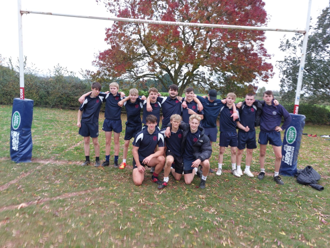 The boys have shown amazing character this season in what has been a transitional season for the squad. Two hard fixtures against Wiveliscombe and Uffculme have set them up perfectly for their National Bowl fixture on Monday 21 November. Bolstered by the addition of many footballers, I have no doubt we will see them go from strength to strength under the leadership of seasoned regulars: Reece L and Troy B.

Perhaps the surprise package of the season so far. An incredible 26-22 win on the road at Kings School, which was backed up with a close defeat by Cullompton, before the boys really showed what they are capable of with an AMAZING win at Kingsmead School. Some seriously impressive displays this year by all involved, with a special mention to Jacob T, Charlie B and Archie M for some heroic individual performances. 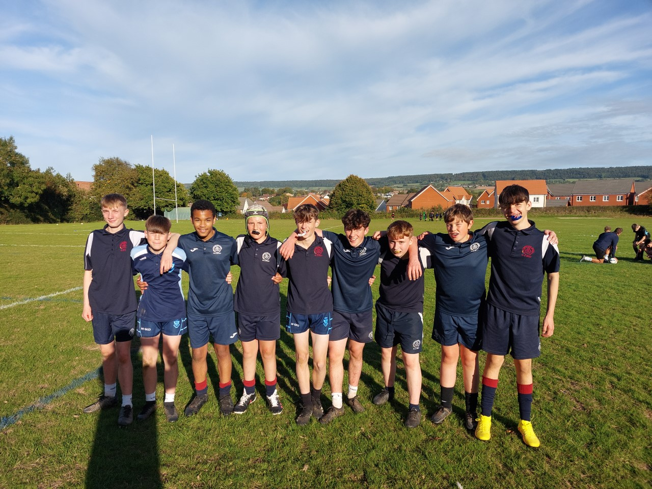 The boys’ season kicked off later than the other sides at THS with a tough match against Wiveliscombe. We look forward to seeing a squad brimming full of talent burst into life these coming weeks. Louis B, Oakley B, Bearnie McA and Finley M have taken their rugby lessons by storm and are certain to turn a few heads..

Some incredibly gifted players took the field in their first encounter when the boys played with amazing skill, character with the rugby values radiating from each and every one of the boys. With a packed out rugby sevens programme on the horizon, we look forward to seeing the likes of Harley, Finn and Noah in their element as we look to develop a promising group of players into a special team.

Some exceptional work from the girls on the training pitch transformed onto the field at a recent Devon Festival. More information incoming on this and many other events in the coming weeks. Well done all, amazing work.