The prominent appointment means Year 11 student Owen will represent Devon on major civic occasions through 2021 and 2022, accompanying the Lord Lieutenant of Devon on his official duties. In recognition of his award a special insignia will be worn on his uniform throughout his year in office. Owen will take the position alongside four other Lord-Lieutenant cadets representing the Royal Navy, Royal Marines, Royal Air Force and associated cadet forces.

Informing Owen of his selection, Lieutenant Commander Geraldine Poulet-Bowden, Chair of Devon Joint Services Cadet Committee, said: “You should feel rightly proud on behalf of your cadet unit, your family and most of all yourself about this prestigious achievement as one of five HMLL Cadets chosen from across Devon.”

Owen said: “From the moment I joined the cadets I knew that I wanted to put everything into it, but I never imagined I would get the honour of doing something as prestigious as this.

“Over the 5 years I have been at cadets I have pushed myself physically and mentally and become a better person because of it. Through lockdown I had to motivate myself every day to keep myself fit and join all of the school and cadets online meetings which was a struggle at timers.

“Looking forward I would like to do an engineering degree and join the military as an engineer, so this opportunity is something I can take forward for the rest of my life. I’ve always been told that hard work and dedication pay off and now I get to see how my hard work has been acknowledged.”

Tiverton High School head teacher Sammy Crook said: “We couldn’t be more proud of Owen’s achievement. He is a smart and diligent student, and a popular member of our school Ambassador team, and very much deserves this accolade.” 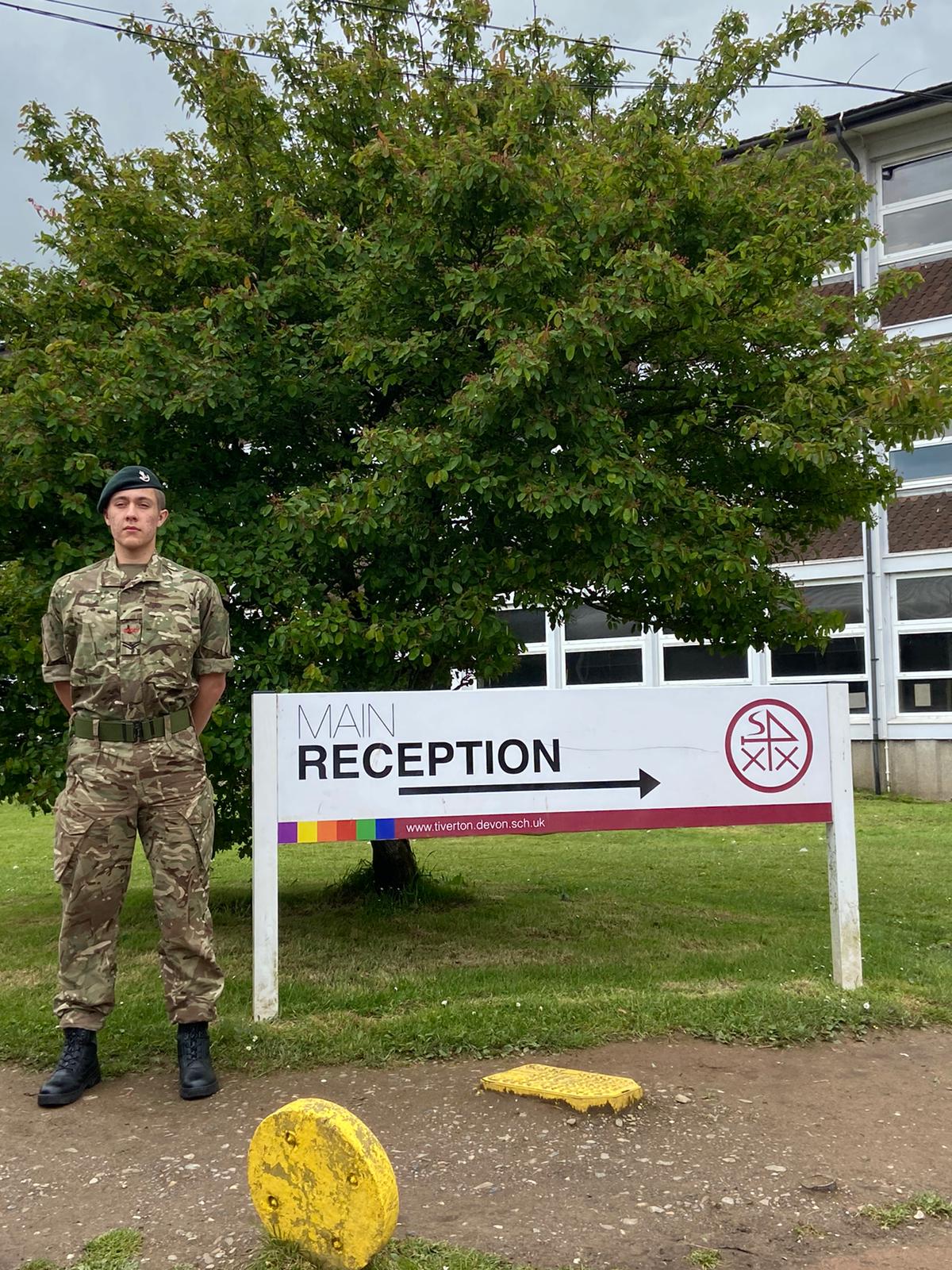