U14s run comes to an end 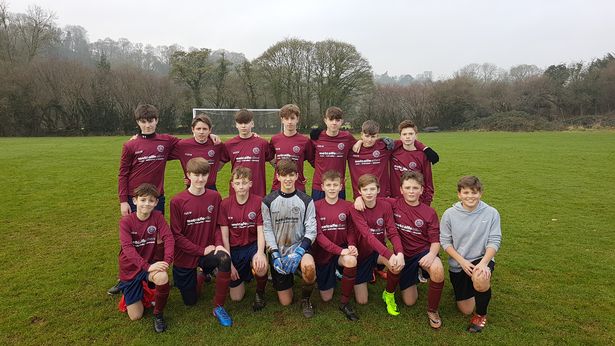 On Tuesday 23rd January the U14 boys’ football team travelled to Salesian College Sports Ground in Farnborough to face All Hallows Catholic School in the last 16 of the ESFA PlayStation Schools Cup. Having looked at their route to get to this round, we knew that we were facing an in form, free scoring side. With this in mind, a slight tweak in the formation saw THS try to flood the midfield to provide extra protection to the defence. Unfortunately, the change in formation couldn’t stop All Hallows from scoring two early goals. The first goal came from a slick passing move that saw them stretch our defence, before pulling the ball back across goal for a simple finish. The second was a powerful header from a corner.

A swift move back to our familiar formation of a back three with wingbacks saw us tighten up at the back, however we were still inviting pressure by showing the opposition too much respect. Despite this, THS were able to consolidate and looked like going in to half time without conceding another goal. However, with a minute to go, All Hallows were able to find their way through to lead 3-0 at the break.

After a frank and honest half time team talk, the boys started the second half with more fire and purpose to their play. Yet, All Hallows quality was too much to match as they scored a fourth. There was a glimmer of hope when THS won a free kick in a dangerous position. Multiple players crowded the edge of the box looking to get their head to the ball, but Sam Cottrell had other ideas as he decided to shoot with a wicked curling shot that lobbed over the keeper and in to the far corner. It was just reward for the teams’ resilience and their determination not to give in. Again, the quality of All Hallows was evident as they ran in two more goals to finish the game at 6-1.

Man of the match was awarded to Josh Carter for making numerous fantastic saves throughout the game.

Despite this result, the boys can be incredibly proud of their achievements of reaching the last 16. A total of 663 schools entered Round 1, so to fight their way through 6 rounds of highly competitive football against some big schools is an incredible achievement. Their attention will now turn to Wednesday 31st January vs Honiton Community College in the Exeter and East Devon Cup, where they will be hoping to reach the final, which is due to be played at St James Park.