Last night our year 8 boys had their first round game of the Devon cup against QE.  The first 15 minutes was both sides getting use to the slippery surface on the astro with clear chances to take the lead.  However, THS took the lead 20 minutes in with a great corner by Jamie L straight onto the head of Louis B who nodded home.  However, this was short lived as QE within a minute managed to equalise.  The game went back to both sides battling well and creating chances but not scoring.

In the second half THS picked up the pace and became the more attacking team and creating more chances than QE.  A long kick from Callum H in goal went straight through to Archie A who was able to put it away to give THS the lead again.  It was Archie again who managed to extend the THS lead 5 minutes later.  Towards the end of the game Louis got onto the end of another Jamie L corner only for the QE defender to pull off a fine save on the line which allowed the opportunity for Archie to get his hat trick from the penalty spot.  Archie scored a brilliant penalty and gave THS the win and progress into the next round where we will face either Combe Dean or Exmouth.

Man of the match has to go to Archie A, however George C was very close behind him with a great shift in midfield battling the whole game. 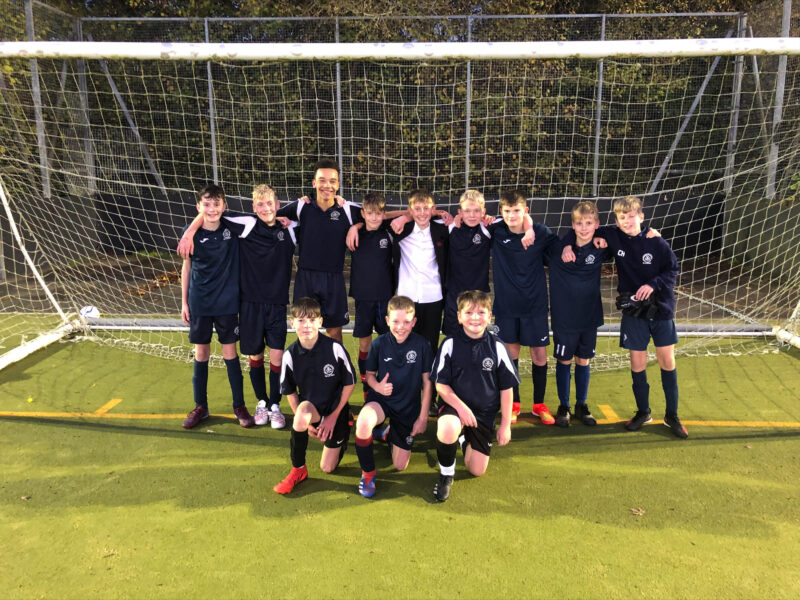